on January 20, 2012
Classic New York food couldn't be better epitomized than by the Jewish deli. Everyone knows it's a must-have on any tourist's to-do list, and equally a must-have for any local New Yorker. What everyone may not know is that the Jewish deli epitomizes classic Montreal food as well. Here it's Katz's pastrami; there it's Schwartz's smoked meat.

When Mile End opened last year in Boerum Hill, they set out to give New Yorker's a taste of the true Montreal Jewish deli. Although the interior is a lot more modern than Schwartz's or Katz's (which both haven't been updated in probably 50 years!), the food is as old school as ever...in a good way!

What we ordered:
- Chicken soup with matzah ball 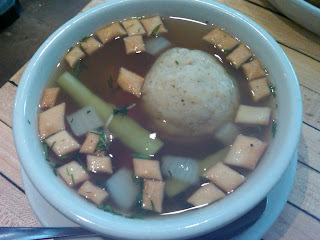 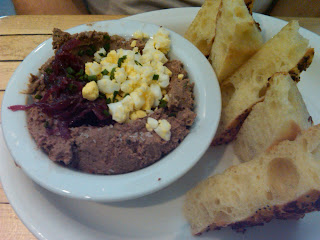 - Classic poutine topped with cheese curds and gravy, with smoked meat (on the side) 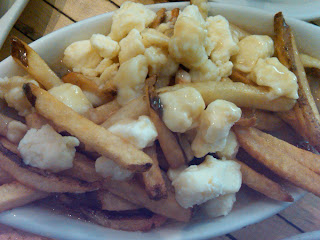 - Smoked meat (from the poutine) 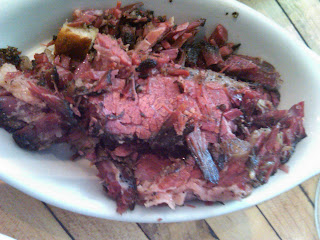 - Cheese bagelach (think giant rugelach made out of flakey bagel dough, filled with a cheese danish kind of filling) served with fruit compote and sour cream 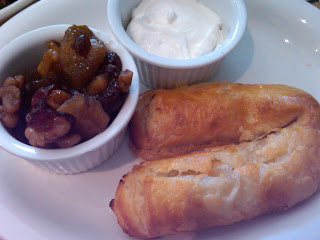 Worth the trip for...
- POUTINE!!!! It's almost impossible to find in NYC (and no, disco fries from the diner are NOT the same thing!)
- Matzah ball soup that rivals my grandma's
- Smoked meat that rivals Katz's pastrami

Skip the trip for...
- Big groups - the whole restaurant seats about 24 people, and you'll probably end up sharing a table with strangers -
- Smoked meat if you want to go before 12 noon - they won't serve it. So plan accordingly! 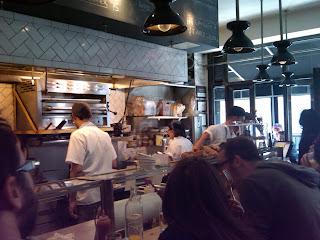