A few weeks ago, I went to my first Knicks game of the season with AL and DB, and it definitely was the right game to go to! Carmelo broke the Knicks scoring record with 62 points.  And, I got to see former Hoosier Cody Zeller play on the Bobcats.

We were considering trying some of the new food vendors at MSG, but decided to hold out for a late night treat: mac & cheese at S’MAC.

I had been to the East Village location for lunch years ago, but never to this newer Murray Hill location. It definitely attracts a younger, rowdier crowd at 11pm on a Friday. Luckily by time got up to the counter to order, a table opened up for us.

Despite the temptation to order giant skillets of mac, we were all sensible and went with the “nosh” size.

While some of the topping combos were tempting, I was really in the mood for a more classic mac. So, I ordered the 4 Cheese, which includes cheddar, muenster, gruyere and pecorino. 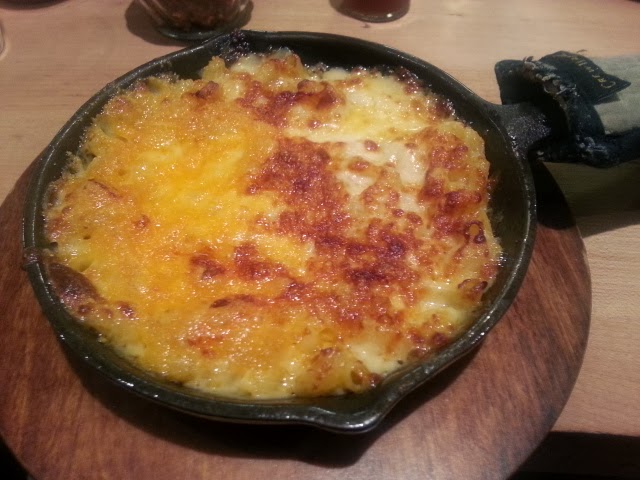 AL ordered the Alpine, which was made with gruyere and slab bacon. 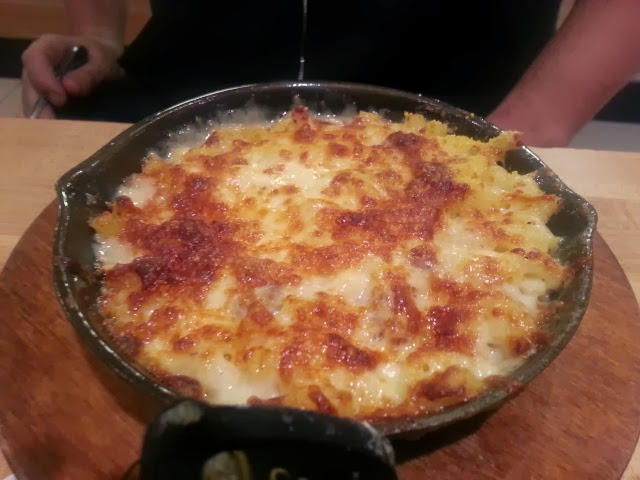 DB ordered the Cheeseburger, which was made with American and cheddar cheeses combined with seasoned ground beef. 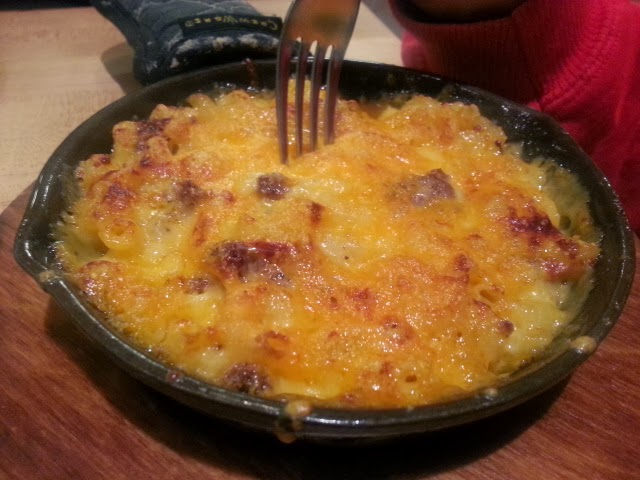 All of us really enjoyed the food. Each cast iron skillet comes straight out of the oven, so you know that it's fresh and piping hot.  They time it perfectly to allow the cheese to get perfectly golden brown.  Crispy, but not overdone.

I definitely see the draw of S’MAC for these college kids (guessing Baruch?)....hearty portions of mac & cheese and reasonably priced beer and wine.  Plus they’re open until 1am on Fridays and Saturdays.  Mac & cheese as late-night food? Sounds like a glorious alternative to pizza!

If that’s not the kind of atmosphere you have in mind, I’d suggest stopping in on a weeknight instead.  Otherwise you may just get s’mac-ed around!