A Taste of Modern Luxury: Celebrity Cruises Pops Up in New York City

on February 12, 2013
When I think of dining on cruises, two things often come to mind: 1) buffets and 2) generic steak dinners. Celebrity Cruises not only wanted to break that common notion, but to go above and beyond with the caliber of food that they serve on all of their ships now. They brought on a James Beard-featured chef and became "an industry leader in delivering world-class cuisine and impeccable service."

To spread the word about this high standard of cuisine, they set up a pop-up restaurant as what was donned "A Taste of Modern Luxury: Celebrity Cruises Pops Up in New York City."  I am not an avid cruiser, but I was excited for the opportunity to see what Celebrity's chefs would bring to the table. 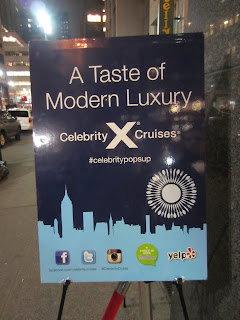 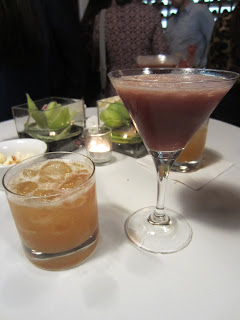 Coming Up Roses - Bacardi Razz, lime, Dainzu rose essence, rose petals, Champagne, raspberry rose foam This one was a little over the top and a strange consistency. And it was hard not to end up with pink foam all over your lip and nose when drinking it! 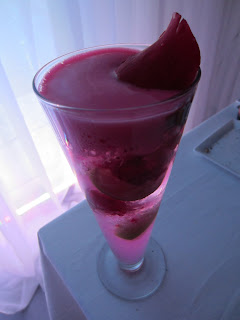 After enjoying the drinks, we then headed over to the main dining room. The menu looked really creative and had some great options. 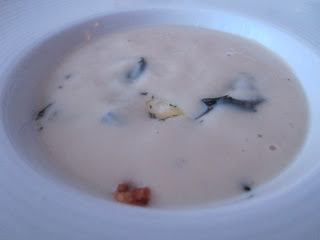 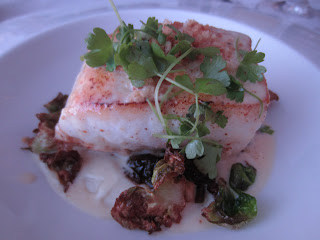 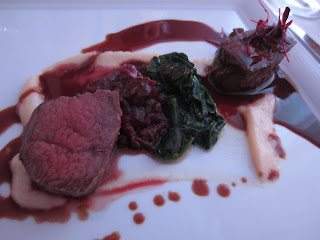 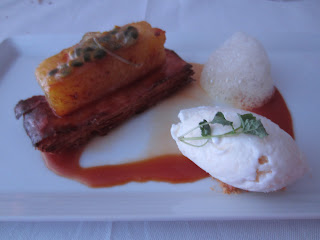 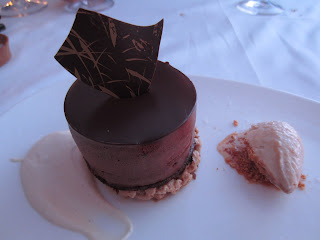 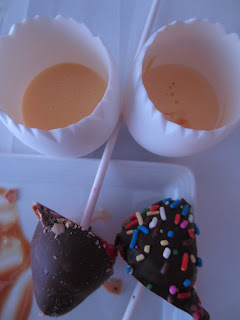 Everything was beautifully presented and very delicious.  My only complaint is that there were no options for people who are not red meat eaters.  I'm certainly not saying a tasting menu should have a vegetarian option, but even the fish dish had a red meat-based component to it.

I made the most of the meal, though, and definitely enjoyed all the flavors.  Definitely an enjoyable and eye-opening experience. If this is the type of food to always expect on Celebrity Cruises, sign me up!