on November 08, 2012
My "Around the World (without leaving the 5 boroughs)" food tour has shown me some pretty exotic cuisines: from Yemen to Phillipines, Colombia to South Africa...and a lot of countries in between. But one country that wasn't really on my radar was Afghanistan. That is, until this past weekend!

A friend suggested Afghan Kebab House on the Upper East Side for a group of us, and it was a great pick. It's BYOB, the service was relaxed, and the atmosphere was cozy. On top of that, the menu was really extensive, and had dishes for any palette...meat eaters and vegetarians alike.

I presumed that Afghani food would be similar to a lot of the Middle Eastern food I have had before.  But because of its proximity to India and Pakistan, there are definitely influences from those cuisines when it comes to the spices.  It was definitely a pleasant surprise, and everything we ordered was delicious. 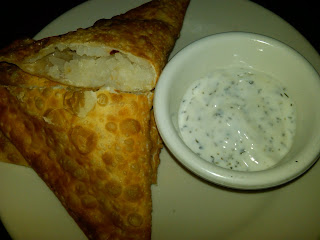 Side salad - pretty generic, but the dressing was really good 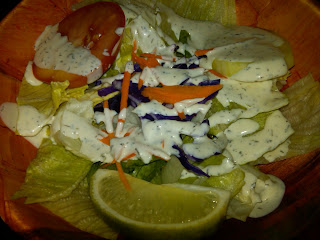 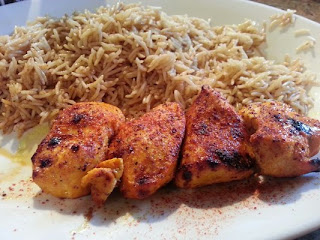 edu birdie said…
Mouth watering images... This really looks yummy feeling like hungry. Finding a food of your hometown taste i personally is a difficult thing. I think afghani food is also spicy like pakistani and indian... Because we cannot digest food without spices and chillis lolz....
8/16/17, 6:40 AM