Restaurant Week just wrapped up, and I snuck in a meal just in time. I've had mostly good Restaurant Week experiences, but it can definitely hit-or-miss depending on the restaurant. Last night I went to Giorgio's of Gramercy partly because the menu looked good, and partly because I hadn't been to a "G" restaurant yet! It was a really nice meal.

What we ordered:
- Tuna tartare with sesame oil and crispy wontons 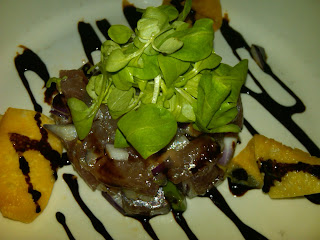 - Grilled bronzino (had the tail still attached, but luckily no head!) with grilled summer vegetables and herb pistou 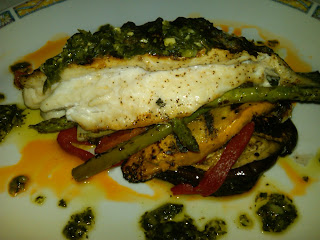 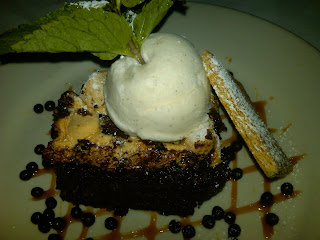 It gets an A for:
- Huge Restaurant Week portions
- Three words: s'more. bread. pudding. This dessert was heavenly.
- Really nice, calming atmosphere (although it was pretty romantic for dinner with a friend!)

It gets an F for:
- Insanely fast service. A three-course dinner should take longer than 50 minutes!