on April 06, 2011
A lot of people often wonder what the purpose of Twitter really is.  I've had a Twitter account for about 2 years now, and it has been such an exciting way to connect with other foodies, restaurants, and chefs.  But as an added bonus, in the last few months, I've seen a huge increase in contests and sweepstakes via Twitter.  And I was lucky enough to be the winner of a great one! 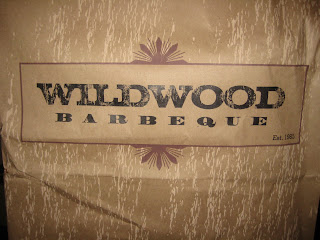 Wildwood BBQ, part of the BR Guest restaurant/hospitality group, featured a promotion in which one fan who tweeted a message with the hastag of "#winbiglousrack" could win a March Madness feast for them and their friends.  My tweet: "@WildwoodBBQ Would love to get some of Big Lou's BBQ goodness delivered to my door! Esp for March Madness. Definite WIN! #winbiglousrack"

And I won!  After work recently, the feast was delivered to my door via taxi.  As JB, MB, MG, and I unpacked all the food containers, my apartment started to smell incredible. 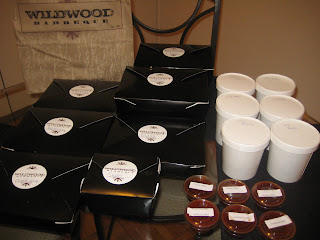 To start, we had the Wildwood chopped salad, chipotle BBQ wings, and Frank's red hot wings.  We also dug into the sides of mac & cheese, coleslaw, and baked beans. MG thought that was the entire feast since it was so much food! 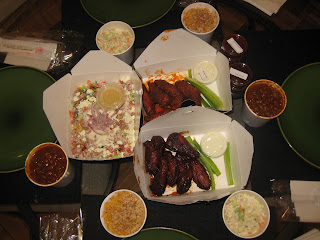 Oh, but there was so much more ahead of us being kept warm in the kitchen! I brought out a rack of Kansas City baby back ribs and a rack of full cut BBQ spare ribs, plus Carolina pulled pork. 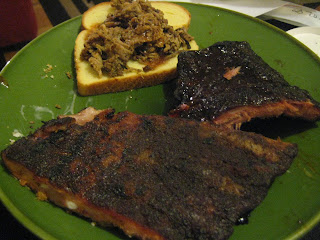 And to round out the massive feast was a delicious order of S'mores! 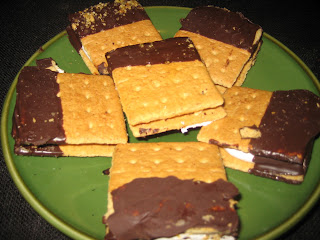 Despite the onset of a serious food coma, this crew was ecstatic to have won Big Lou's racks to celebrate March Madness! Thanks, Wildwood BBQ! 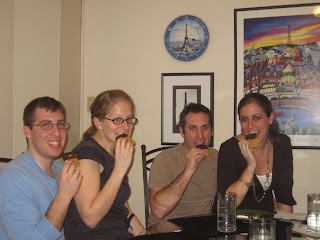