Perfect for 'Noi Due' (the Two of Us)...or the Whole Family

on August 16, 2010
The Italian café Noi Due is on the lower level of an Upper West Side building, so it may be easy to walk right passed it if you’re not paying attention. But once you descend the stairs to the restaurant, it feels nothing like the basement space it’s in. It has a warm atmosphere and manages to feel like both an Italian café and an Italian restaurant.
We were greeted immediately by one of the servers, and were seated in a seat right next to the window. I glanced over the menu and was impressed with how many dozens of options there were. I thought it would be fun to share a few smaller things. We started with the funghi ripieni - stuffed mushrooms with feta cheese, baked in marinara sauce and parmigiano. They were served with a few slices of toasted bread. The marinara sauce was incredible. 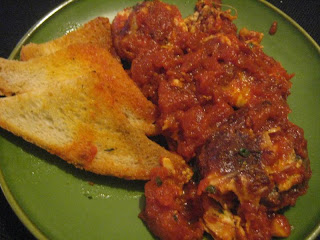 It had so much flavor, and complimented the earthiness of the mushrooms and the saltiness of the feta cheese.

Next we had the Mediterranea salad, which had romaine lettuce, tomato, cucumber, red onion, olives, feta, za’atar, and a lemon vinaigrette. 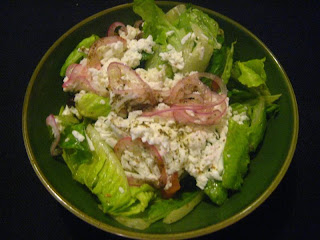 The salad was was really good, but there was entirely too much dressing.


A lot of the pizzas on the menu looked great, and it was definitely hard to narrow it down. We finally decided on the Melanzane E Formaggi Di Capra pizza, with marinara, goat cheese, fresh mozzarella, eggplant, spinach, and oregano. 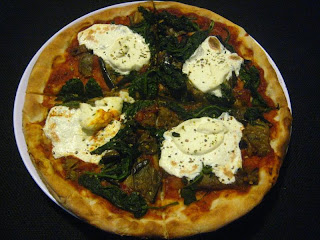 The pizza was my favorite part of the meal. It had the fantastic marinara that was served on the mushrooms, but also had a great mix of toppings.

Noi Due means “the two of us” in Italian, and it is a great location for a date, whether it’s a cup of coffee, a glass of wine, or a great Italian meal. But it is also a great spot for a group dinner, as long as you get there early enough to beat the crowd. I was there on the early side during the week and by time I left, the entire restaurant had filled up.

Anonymous said…
Can't wait to try out some of this NYC food! Thanks Shayna