on July 08, 2010
Restaurant openings and closings happen every day in this city. Some new ones open with much hype and publicity surrounding them, including the latest UWS hot spot, Prime KO. Weeks before the official launch, there were emails/mailers and Facebook fan pages. Now that it has opened, there have been Page Six celebrity sightings and blog postings. So has Prime KO lived up to the hype? Yes and no.
The scene of this Japanese Kosher steakhouse is fairly typical…modern and trendy. 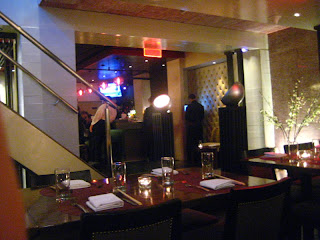 But, there were a few smaller touches that caught my eye, including a Samurai sword as door handle and leather walls and banquettes lining the lower level. 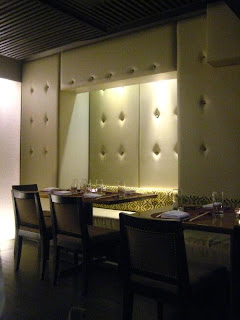 As I glanced over the menu, I was surprised to see Latin-inspired items, expecting more of a straightforward Japanese menu. In order to get a real sense of the dishes, I decided to share a bunch of small plates instead of just one entree.

A complimentary tasting of guacamole was brought out to the table with a very creative presentation. 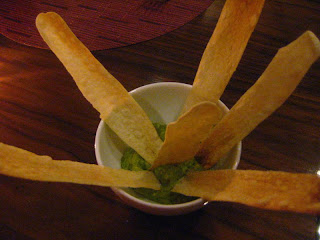 The avocado was very fresh, but the guacamole was missing some much-needed spice or kick.

We started with tuna, yellowtail, salmon, and spicy tuna ceviche tacos, which were served in a hard taco shell with guacamole and salsa. 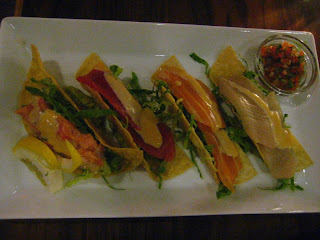 The fish was incredibly fresh, and the flavoring of the salsa really complimented each variety very well.

Next up was the Prime KO Special Sushi Roll, which was fantastic. This roll included miso black cod and cucumber, topped with tuna and avocado. 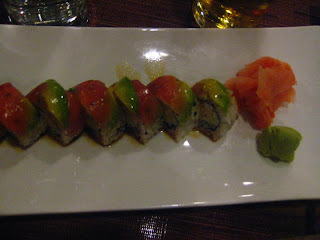 Dipping the rolls in soy sauce wasn’t necessary since the rolls were sitting in a delicious sweet sauce on the bottom of the plate.

We also had steamed chicken shumai, which are similar to dumplings, and stuffed with flavorful chicken and vegetables. 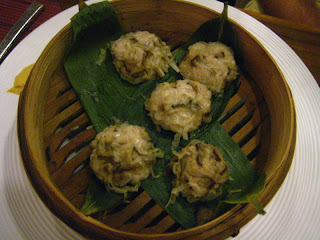 This was my least favorite dish. While it tasted good, it wasn’t special enough to differentiate it from the shumai that are available from any sushi take-out.

To round out the appetizers, we ordered grilled chicken yakitori skewers that were covered in a sweet teriyaki sauce. 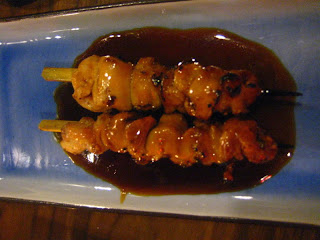 There was a lot of sauce leftover, and we were looking for other things to dip into it…it was that good!

The service was very efficient, if not too rushed. The appetizers arrived no more than 5 minutes after our order was placed, and the entire meal took under an hour from start to finish. With many large tables, Prime KO is a great location for a big group dinner, but also has a trendy enough atmosphere to be a great date place. It was hard to come by a reservation at 7pm on a Monday, and as long as the hype remains, I don’t see the crowds letting up any time soon!